This is the transcript of one of three calls to emergency services on 11th February 2009, to report a violent home invasion taking place at my house.  This particular call was made by a neighbour (whose name I've deleted to protect their privacy) and it is indisputable evidence of a serious violent crime for which corrupt local police are refusing to charge the offenders and spreading lies about the victims to try and justify the crimes instead.  Corrupt local police have a habit of doing this and it's politically motivated - they refused to charge Gary McPhee and his accomplice for another violent home invasion, aided and abetted by the local 'journalists' like Tanya Katterns. 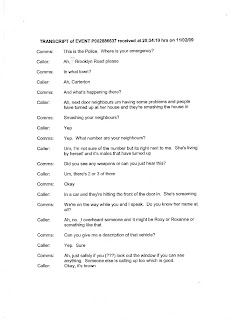 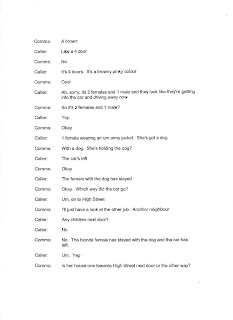 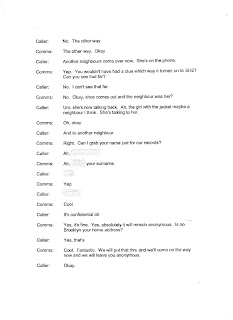 Now lest it be thought that the caller was delusional, it turns out that there were another TWO independent witness to this attack, and they state that they were heading away from my house and were at the corner, approximately seven normal residential sections away, when they became so concerned at the violent attack that they turned around, came back down the road and one intervened with a large dog, while the other called emergency services: 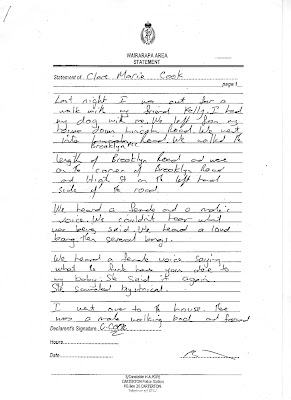 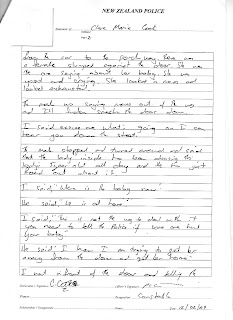 Michael Francis Murphy and Tuakana Greig came to my home on 11 February 2009 and attacked me violently.  The violence was serious, and the attack was planned.  Michael Murphy had been coming to my address and threatening me and generally causing trouble on an almost daily basis for weeks, and these visits had been noted by several witnesses.  He conspired with a local woman, Tracey Feast, to incite others to attack me, and lied to these people in order to influence them and cause the attack.

The police are trying to pretend it never happened, like they tried to pretend that a similar attack on the occupants of a local flat in 2005, by the Mayor of Carterton Gary McPhee, didn't happen, and that nobody complained about it.  When I went to the Carterton police station in April 2009 to complain about the fact that police were refusing to charge Murphy and the others involved in the attack on 11 February 2009, I was told that I was going to be charged with perverting the course of justice.

The attack on 11th February 2009 bears remarkable similarities to the home invasion committed by drunken local Mayor Gary McPhee and his mate on the innocent occupants of a local flat in May 2005, like that violent attack, this one involved McPhee also, and like the 2005 attack, the perpetrators were treated like heroes by the local police and media and the victims were treated like the criminals.

This is the "Offence Report" completely by Constable Peter Cunningham about the violent attack: 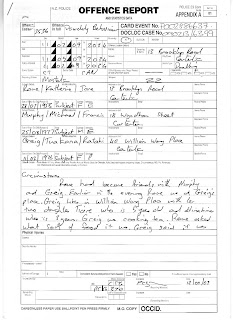 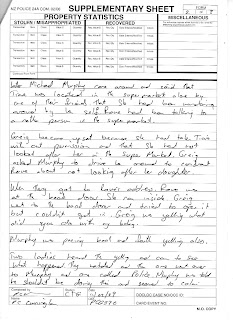 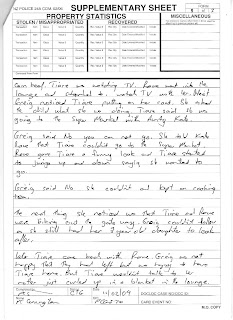 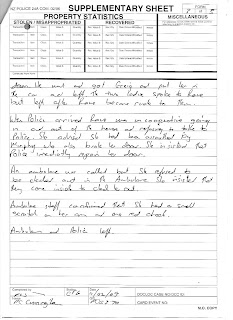 This report is blatantly corrupt, focusing on irrelevant trivialities such as what Greig was having for tea.  It is an orchestrated litany of lies from start to finish, designed to ignore and trivialise and justify the violent attack on me in my own home by Murphy and Greig. 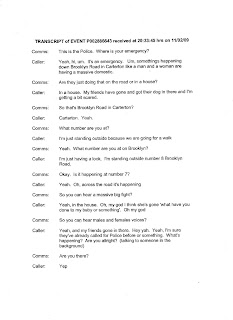 So "it's an emergency" according to the witnesses.


When asked if it was on the street or in a house, the witness replied "In a house.  My friend has gone and got their dog in there and I'm getting a bit scared."


It is perfectly clear that I, being the occupant of the house, was the victim of a violent attack from Murphy and Greig, who had deliberately come to my home with the intention of violently attacking me, and it is obvious that the refusal of the police to charge them is a blatant attempt to pervert the course of justice. 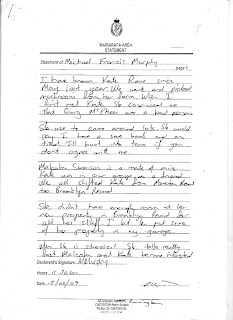 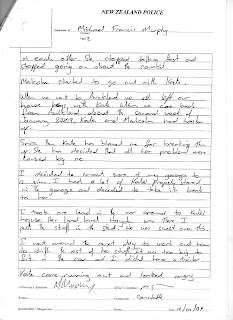 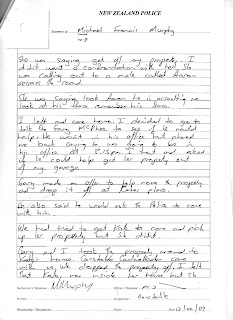 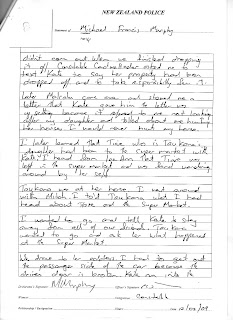 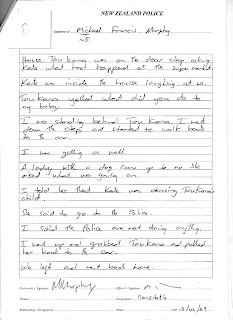 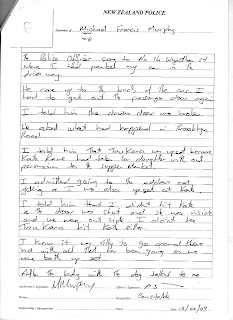 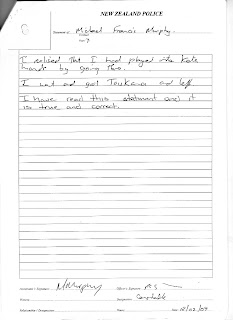 Posted by Transparency in New Zealand, Kiwileaks. at 2:20 PM